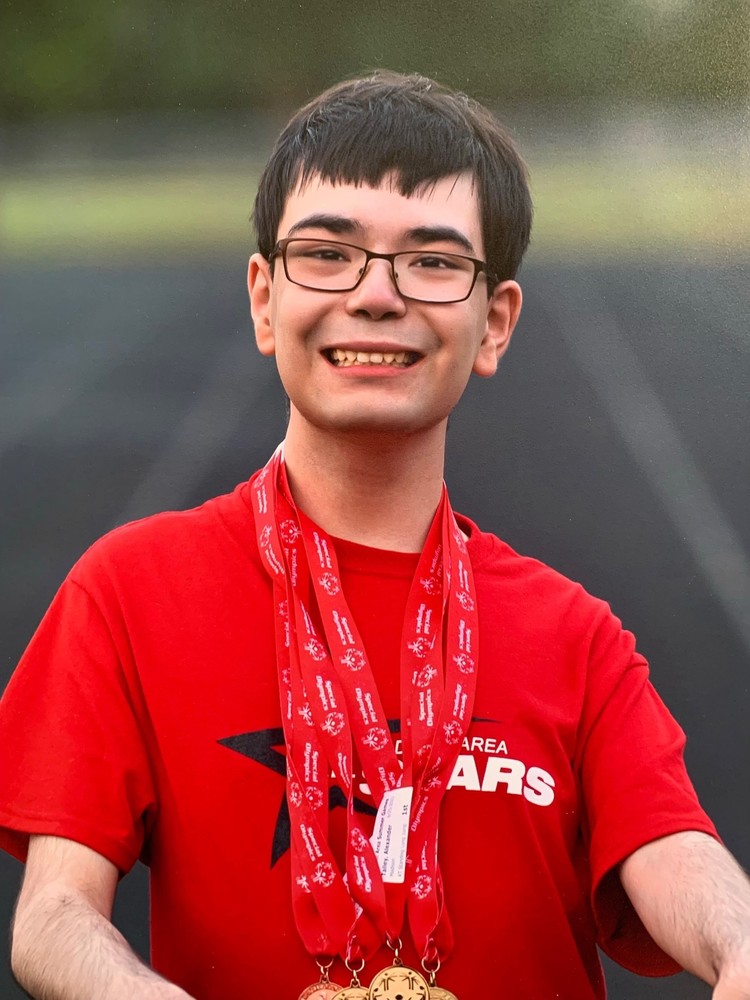 Alexander Alex Alfred Talley has lived in Madison his entire life. He has been part of the Madison Central School District since he was in elementary school. When asked, Alex claimed he is “fearless” and nothing scares him… But Mrs. Hofman says “That's not true.” So we dug deeper and found that he is afraid of thunderstorms, fire alarms, and ghosts, especially the one that lives in his house. Alex has many favorites, one of which is the color blue. His favorite food like anyone else is pizza. His favorite place to eat in town is McDonald’s. He loves to get kids’ meals because they are good. He really likes their barbeque sauce.

At school, he likes to sweep, do the laundry for Ms. Grogan, and cook and bake. He says he enjoys his classes, but if he could pick one, his favorite is gym class. His favorite thing to do in gym class includes playing fun games and moving around with friends. Although he doesn’t always like the music, he enjoys moving to it. When asked what he couldn’t live without, he claims glasses. When asked why he answered, “because then I can’t see.” Duh.

Alex likes to draw and it comes easy to him. He likes to watch Nickelodeon and live-action movies. He really enjoys Nickelodeon and finds the TV shows funny. One of his favorite tv shows is Alvin and the Chipmunks. His favorite character just happens to be Alvin. If he could have any superpower, he would have the ability to move things with his mind. He would love to have telekinesis because then he can do things without moving and just by thinking. Alex is also a part of the All-Star Special Olympics participating in bowling and track. When Alex graduates, he plans to attend YATS in Brookings or Augie Access both transitional programs.