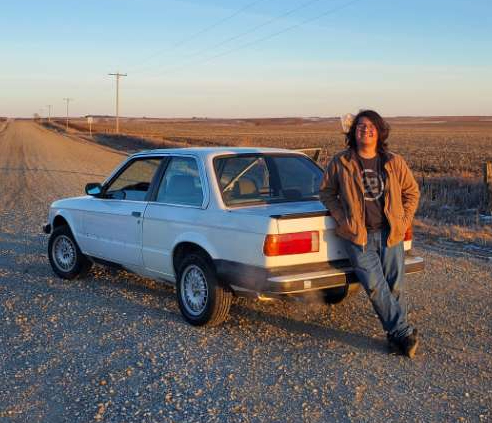 If you ever need anything fixed or built, Matthew Joseph Maher is the guy to hire. Matthew is skilled in fixing and building cars and computers. Matthew was born in Hutchinson, Minnesota, on August 22, 2003. He is eighteen years old and is the youngest member of his family.

Although Matthew has lived in small towns throughout his life, Matthew believes he could not live without his 2001 Pontiac Bonneville and 1988 Ford F-150. Considering cars and driving are two of Matthew’s favorite hobbies, he set out to work at a place that included both. Currently, Matthew is a pizza delivery driver for Pizza Ranch in Madison, South Dakota.

If you know Matthew, he values his money. When asked what his favorite food was Matthew responded with, “the free kind.” On his bucket list, Matthew plans to not owe any money to the government. Matthew is always working hard, making money, and putting the money away for safekeeping. If he won five million dollars, he wouldn’t want to spend it, he would rather put it in high-risk stocks and make more money.

Matthew's favorite color is orange, although it does change often. He is not a huge fan of movies but enjoys the show Better Call Saul. If Matthew could choose any superpower, he would want to be a starfish (??). Not only are they fascinating, but Matthew likes the idea of being able to regrow limbs.

After high school, Matthew is not entirely sure about what he wants to do. He is considering a major in Computer Science and a minor in Electrical Engineering at the South Dakota School of Mines. In the next ten years, Matthew says, “If I am not in a grave, I know I will be working a nine to five.”