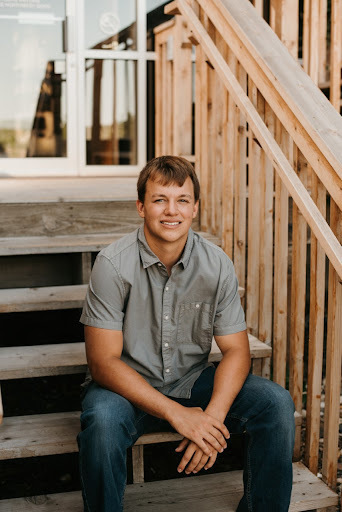 On April 25th, 2003, Gabe Lee Olson’s life changed forever. He breathed his first breath in a hospital room in Sioux Falls, SD, and remained in the 605 ever since. Since then, this avid outdoorsman has been biding his time by earning money (during the summer), hunting and fishing, and participating in football.

When people refer to Gabe as an outdoorsman, they do not say that lightly. If Gabe was given 5 million dollars, he would first slide his family and charity a couple of bands, then use the rest to fund various hunts. If he was able to live anywhere on the planet Earth, he would choose Anchorage, Alaska. He chose this place because the hunting there is second to none. The animal of choice Gabe would love to hunt is an elk. On his bucket list, one of the items is to go elk hunting in the marvelous state of Wyoming.

Gabe, when faced with the question of what cartoon character best describes him, answered with Squidward from Spongebob Squarepants. He decided he was like this because of their mutual appreciation of calm and quietness. If he were to be anybody from any audio-visual media, Gabe would want to be John Snow from HBO’s Game of Thrones. His reasoning for this is that “He seemed to do everything right and he was well-liked”.

Boiled Noodles. Boiled noodles are how Gabe would describe the last year of his life. Gabe says this because that last year of his life was “boring and plain.” But the “boiled noodle” year is in the past, leaving the future open. When asked about his future after high school, he gave the response of going to college for “Civil Engineering, maybe.” In 10 years, he said he sees himself with a “good job with a successful life.”